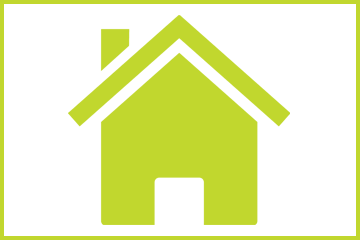 What the general election could mean for your finances

What the general election could mean for your finances

With a national vote set for December 12, we look at the policy pledges

And they’re off. After numerous failed votes, weeks of political posturing and frayed tempers in parliament and the country, Britain is finally heading for a general election. The manifestos haven’t been published, but the Times Money team has scoured past announcements and proclamations to put together a guide to what we might reasonably expect.

INTEREST RATES
Conservatives
If the Tories win the election, the future of interest rates will depend on the type of Brexit we end up with. A no-deal Brexit will result in rate cuts by the Bank of England to stimulate a shocked economy. This would be bad news for savers, but good news for mortgage holders. However, if we depart with a deal, that may encourage the Bank of England to raise rates. The base rate has been 0.75 per cent since August last year and has not been above 1 per cent since February 2009.

Labour
The likelihood of a rate rise increases significantly if Jeremy Corbyn gets into power. “A Labour government is expected to borrow heavily because of its public spending commitments. This could lead to a sharp increase in interest rates,” says Anna Bowes of Savings Champion, a personal finance website.
Ray Boulger of John Charcol, a mortgage broker, agrees. “The plans of a Corbyn government to nationalise vast sections of the economy would inevitably result in an increase in government borrowing, the expectation of which would push up interest rates. Fears that Labour policies would create capital flight and a further fall in sterling would also contribute to interest rates rising. The cost of fixed-rate mortgages would increase very quickly,” he says.

Liberal Democrats
In the unlikely event that the Lib Dems win an overall majority to govern on their own, the first thing Jo Swinson said she would do as prime minister is revoke Article 50 and cancel Brexit. This scenario, according to the Institute for Fiscal Studies (IFS), a research group, would be “the best economic outcome” and interest rates would rise quickly. This would also be the case in a Labour-led coalition.

TAX
Conservatives
The prime minister Boris Johnson has previously talked about raising the threshold at which you start paying higher-rate income tax in England from £50,000 to £80,000. At present, 40 per cent tax is levied on income of between £50,000 and £150,000. Scotland and Wales set their own tax bands.
According to AJ Bell, an investment platform, this would affect about four million people, with the highest earners gaining an extra £2,500 a year.
Raising the threshold would not be all good news for higher-rate taxpayers, however, because they could lose tax reliefs on their pension savings.
Income tax isn’t the only tax earmarked for reform. The chancellor, Sajid Javid, suggested at the Conservative party conference that he was considering scrapping inheritance tax.
The Tories have also promised to look at the pension tax rules for higher earners, including the lifetime allowance (£1.055 million) and annual allowance (£40,000), after it emerged that NHS workers were cutting their hours to avoid tax. Another unpopular rule they could look at is the taper applied to the annual pension allowance, which reduces the tax-free amount that can be saved into a pension for those earning more than £150,000.

Labour
The shadow chancellor John McDonnell has proposed lowering the threshold at which the 45 per cent additional income tax rate kicks in from £150,000 to £80,000, and would apply a 50 per cent rate to income of more than £123,000. Labour’s 2017 manifesto included an “excessive pay levy” under which companies would have to pay 2.5 per cent tax on any salary they paid over £330,000 and 5 per cent on any wages above £500,000. Labour has previously indicated that it may reduce pension tax relief.
The party has pledged to scrap the existing complicated inheritance tax system and simply impose a lifetime cap of £125,000 on the amount you can inherit tax-free. Any gifts received above this would be taxed as income. The party has also said it would end the marriage allowance that reduces a couple’s tax liability by £250 a year. McDonnell has also said he would reverse the Conservative cuts to capital gains tax (CGT) from 28 per cent to 20 per cent for higher-rate taxpayers and 18 per cent to 10 per cent for those on the basic rate of income tax.

Liberal Democrats
Plans set out by the party last year include taxing capital gains as income and abolishing the £2,000 tax-free allowance available on dividend income. The Lib Dems also plan to introduce a flat 25 per cent rate of tax relief on pension contributions and abolish employee national insurance payments on those contributions. Last year the party called for the tax-free lump sum that can be withdrawn from pensions to be limited to £40,000 “restricting the amount of relief those with the largest pension pots can receive without paying any tax, while leaving 75 per cent of pension drawdowns unaffected”.
Everyone would have a lifetime tax-free inheritance allowance of £250,000 and beyond this wealth transfers, including gifts, would be taxed as income. Small annual gifts, spending on a child’s education and transfers to spouses and charities wouldn’t count towards the allowance, it stated in its report Giving Everyone a Stake.

SNP
The Scottish National Party has previously said it is opposed to lowering income tax thresholds for higher earners.

Conservatives
Tom Selby, a senior analyst at AJ Bell says: “Perhaps the most politically toxic area of pension policy centres around plans to increase the state pension age. Under accelerated plans announced by the Conservatives in 2017, the state pension age will rise to 67 by 2028 and 68 by 2039, a full seven years earlier than had been proposed.” The amount paid in the state pension rises each year in line with whichever of three factors are higher: average earnings, inflation or 2.5 per cent. This “triple lock” was introduced by the coalition government, but the Tory party has suggested moving to a “double lock” of average earnings or inflation from 2022.

Labour
According to its 2017 manifesto Labour would halt proposed increases to the state pension age beyond 66 and commission a review. In the last manifesto it committed to keeping the triple lock for the next parliament.

Others
The Liberal Democrats and SNP have previously committed to the triple lock and the SNP has said it is opposed to an increase in the state pension age beyond 66.

Conservatives
The party’s proposed income tax cuts would provide a big boost for high-earning pensioners, says Nimesh Shah of Blick Rothenberg, an accountancy firm.
He says: “Those relying on their savings for income will be able to receive up to £30,000 more in savings income taxed at the basic rate of 20 per cent rather than the higher rate of 40 per cent. This could be worth up to £6,000.”
A £5 billion “infrastructure revolution” that the chancellor spoke of at the party conference could give a lift to construction companies and infrastructure investment trusts, although sceptics have already questioned how much money will be available. What’s more, Shah says, large tax cuts and big public-spending initiatives will have to be paid for and one prime target could be higher-rate tax relief on pension contributions.

Labour
Among Labour’s most eye-catching proposals are its plans to nationalise large sectors of the economy and to give workers a stake of 10 per cent in all large UK companies. The shares would be controlled collectively by the workers, but could not be sold, so there would be no capital gains. Workers would be entitled to dividends of up to £500 a year, but anything above that would go to the government. The scheme could benefit an estimated 10.7 million workers. The losers would be the existing investors in the companies, including pension funds, that hold billions of pounds on behalf of millions of savers.
Labour could also have its sights set on venture capital trusts and enterprise investment schemes, which offer tax breaks of up to 30 per cent for investing in budding businesses. Ben Yearsley of Shore Financial Planning says: “The two schemes are perceived as a tax break for the wealthy and could be abolished or slashed.”
Investors seeking to generate returns through capital growth rather than income will be disappointed by Labour’s proposal to abolish the lower rates of CGT — 10 per cent on share-based investments and 18 per cent on property — and move everything to the higher rates of 20 and 28 per cent.

Liberal Democrats
Part of the Liberal Democrats’ plan to reform the tax system includes a commitment to ensure that multinational companies “pay their fair share in taxation”. While this is likely to be popular, it will potentially hit the portfolios of millions of people who hold stakes in Amazon, Facebook and Microsoft through their pension funds.

Conservatives
Johnson has said he would consider scrapping stamp duty on homes worth under £500,000. It is estimated that this would save first-time buyers up to £5,000 and other homeowners up to £15,000. Johnson also wants to cut the top rate for properties above £1.5 million from 12 per cent to 7 per cent. The chancellor has scotched reports that liability for the tax could be switched from buyer to seller. “Abolishing stamp duty wouldn’t do much to house prices, but it would boost transactions, particularly in London and the southeast where stamp-duty bills are the highest,” says Capital Economics, a consultancy.
The Tories will make it easier for low earners to buy a stake in their home through shared ownership, and have hinted at extending Help to Buy.

Labour
Your home would no longer be your asset. Land for the Many, a radical report backed by Corbyn, but not party policy, would abolish stamp duty on people’s main residence, but increase capital gains tax on second homes. Instead of council tax, owners would pay a property tax based on house prices. The result “could be rapidly falling house prices”, the report says.
To give sellers some price protection, a publicly backed trust could buy the ground beneath houses. Buyers would purchase only the home and pay land rent to the trust. This rent “would be even higher than rates on high loan-to-value mortgages”, says Boulger.

Liberal Democrats
Although the Lib Dems have abandoned their plan for an annual “mansion tax” on homes above £2 million, their plans for higher council tax bands would have a similar effect. Long term they would review replacing council tax with an annual tax on property values.

Conservatives
There is no sign that landlords could have it any easier under another Tory government, having already been hit with 3 per cent extra stamp duty, cuts to tax relief and tougher lending rules.

Labour
Private tenants could get a right to buy the homes they live in under plans floated by McDonnell. This will make landlords nervous about making purchases until the detail of the proposal becomes clearer. The policy “is littered with potential unintended consequences”, Capital Economics says.
Labour promises to cap private rent rises at the rate of inflation. At conference its members voted to build 155,000 homes a year for social rent, which “would require significant levels of grant funding”, says Lawrence Bowles of Savills, an estate agency.

Liberal Democrats
The Lib Dems would end landlords’ right to take back their properties without a reason, which campaigners blame for rising homelessness. Labour had made the same pledge in its last manifesto and the Tories hijacked the idea with a surprise plan to make it law under Theresa May. Johnson has since left it out from bills trailed in the Queen’s speech.