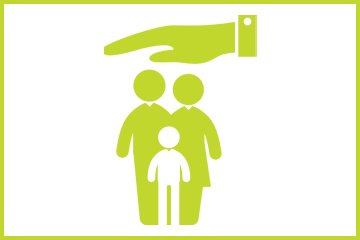 Take insurance cover because the unexpected can happen to you too

THERE are plenty of reasons why people fail to take out vital insurance protection for their loved ones and while some excuses may be valid, others are not. Too many people do not bother taking out life insurance, income protection or critical illness cover because they believe “it will never happen to me”. The truth is that serious illness or accidents can happen to anybody.

Others say that they do not trust insurance companies to pay claims but new research shows this is misguided. Big protection insurers such as Aegon, Aviva, Legal & General, LV=, Royal London, Scottish Widows, Vitality and Zurich pay out on the vast majority of claims for bereavement, sickness and injury without dispute.

Just as importantly, they openly reveal the percentage of claims they accept and reject.

While many in the industry were originally reluctant, this transparency has served to boost customer confidence.

Insurers paid 97.6 per cent of claims in 2018, which will come as a shock to those who think insurers will do anything to wriggle out of their customer responsibilities.

More than 35,000 families were supported following an unexpected bereavement, with the average term life insurance payout being £81,269, according to the Association of British Insurers.

‘We’re that ABI head of health and protection Roshani Hewa said families dealing with a loss, serious injury or illness, are getting more help than ever: “Protection is there to ease the financial burden and many policies now offer excellent mental health support too.”

Self-employed bathroom fitter Neil Morgan discovered the importance of protection after he was diagnosed with stage 2 bowel cancer in May 2017 at the age of 50, then developed severe sepsis which required intensive care.

Neil had previously taken out income protection with insurer British Friendly, which paid him a replacement income until he was fit enough to run his business again.

He bought the policy through specialist insurance broker Drewberry and his £60 monthly premium has been worth every penny.

British Friendly paid Neil £323 a week free of tax, which covered his mortgage and other essential bills and took the financial pressure off his partner.

His policy eased him back into work with a one-off lump sum of £1,292 and Neil said he claimed benefits worth £22,000 in total: “My claims manager was extremely empathetic and because I didn’t have to worry about money, I could concentrate on getting well again.”

Drewberry head of protection advice Robert Harvey said Neil’s story highlights how vital income protection is, especially for the self-employed and added: “We’re hoping that more will secure their earnings against accidents and sickness.”

Yet only around one in 10 takes out this cover, even though it protects the earnings that pay for everything you buy in life.

British Friendly product and marketing director Nick Telfer said: “Many risk losing their home if [they are] unable to keep up with the mortgage payments or rent.”

Do not confuse income protection with the inferior payment protection insurance or PPI, which was rampantly mis-sold by banks.

Income protection claims can be tricky to assess because they depend on subjective judgments about the claimant’s fitness for work, with insurers green lighting 88.1 percent.

Claims levels rise to 91.6 percent on critical illness cover, as claimants must be diagnosed with a specific hoping more will condition. The average payout was £70,926.

Figures from Aegon show the average age of a critical illness claimant was just 50 with the “big three” cancer, heart attack and stroke accounting for more than eight out of 10 claims. Aegon approved 93 per cent of critical illness claims, with the main reasons for declining being failing to meet policy definitions and misrepresentation.

Head of claims and underwriting Simon Jacobs said: “We’re proud to have been able to help people, businesses and families through some of the most difficult times in their lives.”

This does not mean that everybody needs protection. If you have already retired or will soon do so, you may be able to rely on your pension to see you through, especially if your children are grown up and you have cleared your mortgage and other debts.

However, family breadwinners, or those with financial responsibilities such as household expenses, servicing a mortgage or running their own business are taking a big risk if they go without financial protection.

Most people buy from an independent financial adviser rather than direct with the insurer. Check what protection you need.