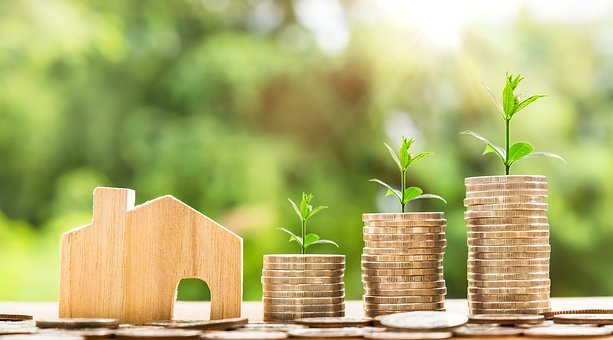 Last dash: the Help to Buy Isa deadline is days away

Last dash: the Help to Buy Isa deadline is days away

First-time buyers have only a short time to grab a Help to Buy Isa before the scheme ends, but should they be considering a Lifetime Isa instead?

First-time buyers who want a Help to Buy Isa must open an account by next week or risk missing out. The closing of the government’s flagship saving scheme, designed to help people to save to buy their first home, could be a blow for younger people trying to get on to the property ladder.

Santander says that to open an account by the deadline on November 30 its customers need to put in an application online or in branch and receive confirmation that the application has been successful on Thursday. Clydesdale Bank said it will also stop accepting new applications on Thursday.

An application should not take long to process — you could request an account on Thursday morning and have it confirmed in the afternoon — but if a bank raises queries to comply with its regulatory obligations, the process could take days. To be sure of success you should apply as soon as possible. The Help to Buy Isa scheme offers a government bonus of 25 per cent of any money saved, up to a maximum of £3,000, with the total amount you can save capped at £12,000.

A quarter of a million homebuyers have received a total of £285 million in bonuses, yet this is only a fifth of the numbers the Treasury hoped would take up the perk.

A problem with the scheme is that the bonus is paid only after exchange of contracts, which means it cannot be used towards a home deposit, and this is often the biggest hurdle for first-time buyers. Many people put the money towards solicitors’ fees instead.

The scheme has also been accused of artificially inflating house prices, ultimately making it harder to save for a deposit. Yet UK Finance, a trade association, suggests that this isn’t the case. There were 370,000 first-time buyer loans in the UK in 2018, compared with 297,520 in 2015, when the scheme launched. It has also helped some buyers to get on the housing ladder more quickly — the average age of homebuyers purchasing through the scheme is 28, compared with 30 for the market as a whole. At the start of the year the average value of a house bought using the Isa was £173,470, lower than the average first-time buyer price of £190,999.

At midnight on November 30 applications for the Isa will not be accepted by any provider, and the only government homeownership saving scheme will be the Lifetime Isa (Lisa).

This is a tax-free savings account into which you can save £4,000 a year up to age 50, to which the government will add a 25 per cent bonus, paid each month, up to a maximum of £1,000 a year. The scheme is open to anyone aged 18 to 39 and is designed for first-time buyers purchasing a home valued up to £450,000, or for people saving for retirement.

Which one should I go for?
It depends how you want to use the money. If you aren’t entirely sure, the Help to Buy Isa, which does not charge a penalty, might be best. You have to save a minimum of £1,600 in the scheme before you can claim the bonus. After you have saved £12,000 you stop receiving a bonus. With the Lisa there is no minimum before receiving a bonus, and you can save £4,000 a year as long as the scheme is available.

The Help to Buy Isa rates are higher, but the Lisa bonus is greater and ultimately could make you more money, despite its lower rates.

Andrew Hagger, the founder of Moneyfacts, a financial advice website, suggests that savers can have the best of both worlds by taking out a Lisa and Help to Buy Isa, although you will receive only one of the government bonuses.

Another option is a Help to Buy equity loan scheme under which the government will lend you up to 20 per cent (40 per cent in London) of the value of a new-build home interest-free for five years if you have a 5 per cent deposit. The scheme is open until 2021.

Which bank has the best deal?

About 27 banks and building societies offer a Help to Buy Isa and the best interest rate is 2.58 per cent from Barclays. Its branches will process applications up to closing time on November 30, but existing customers can open an account on the phone up to 9pm or online until 10pm. Most companies will accept applications until November 30, except for Santander and Clydesdale.

There are five cash Lisas available. The two best rates are from Oak North Bank, in conjunction with the Moneybox savings app, at 1.4 per cent, and Nottingham Building Society at 1.25 per cent.
What happens after next Saturday?

Existing account holders can keep saving into their account until December 1, 2030. You can have as many Isas as you want, but can only pay into one cash Isa each tax year up to a maximum of £20,000. Help to Buy Isas offer better rates than ordinary cash Isas. The best easy access cash Isa is the Ford Money Flexible Cash which offers 1.27 per cent, while the Virgin Money’s double take Isa offers 1.36 per cent but allows only two withdrawals. If you fix for three years you can get 1.76 per cent with Hinckley and Rugby Building Society.

CASE STUDIES
‘Help to Buy was just right for me’
Alec Lawrence, 22, works for a London mortgage company. He was promoted this year and the salary boost has allowed him to open a savings account for the first time.

Two weeks ago, after a little bit of encouragement from his mother, he decided to take out a Help to Buy Isa with HSBC, earning 2.25 per cent interest on the money he saves each month.

“Maybe it’s Mum’s way of suggesting that I should leave her house,” Alec says. “I still enjoy living at home, but this is preparation for moving out in the future.”

The scheme works well for Alex because £200 is about the amount he has to spare each month He spends most of his salary on commuting to London from Hertfordshire, going out with friends at the weekend and supporting West Ham United.

Hannah Wright: ‘The Lisa offers free money’
‘The Lifetime Isa is for me’

Hannah Wright, 26, says she is the only one in her circle of friends who does not expect to lean on the bank of Mum and Dad to buy her first home.

She is striving to save at least £15,000 over the next few years to put down a deposit on a small house in Surrey, where she now lives with her mother.

In April 2017 Hannah, who earns £34,000 a year on the graduate scheme at the Department for Transport, decided to boost her savings by opening a Lifetime Isa, which pays a 25 per cent government bonus on anything she saves if she uses the money for a first home or in retirement.

She chose the Lisa over the Help to Buy Isa scheme because of the potential to earn a bigger bonus. The maximum available through the Help to Buy Isa is £3,000, compared with £33,000 if you opened a Lisa at 18 and paid in the maximum amount up to the age of 50. Although Hannah could only afford to pay in £5 a month when she first opened her Lisa, she has since been able to increase her payments to £400 a month.

“I’m always banging on about Lisas, but few of my friends have them,” Hannah says. “I haven’t got a lot of money so I need to be careful about where I put it. The Lisa offers free money, so I don’t understand why anyone would choose not to have one.”