Concise Financial SolutionsNewsIndustry NewsInterest rates: What the rise means for you 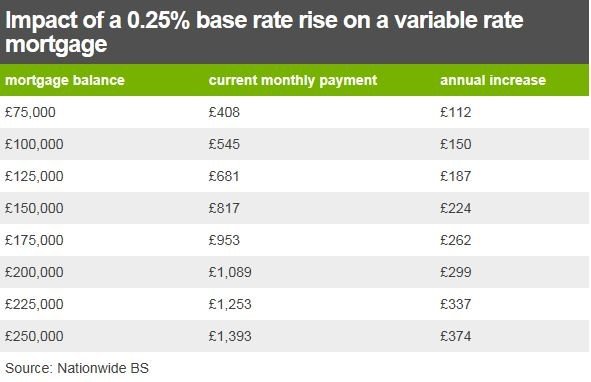 Interest rates: What the rise means for you

The Bank of England has raised interest rates from 0.5% to 0.75% after much speculation.

Expectations of a strengthening economy, solid employment levels, more consumer spending and the potential for wages to rise have all played a part in the decision.

The Bank’s main priority is to keep the rising cost of living – known as inflation – under control. It uses its key interest rate, known as the Bank rate or base rate, which is the reference point for how much banks and building societies pay savers and charge borrowers in interest.

Generally, a rise in the Bank rate is good for the UK’s 45 million savers and bad for borrowers – but the reality is a bit more nuanced.

More than 3.5 million residential mortgages are on a variable or tracker rate

A Bank rate rise does not guarantee the equivalent increase in interest paid to savers. Half did not move after the last rate rise.

Across the UK, 9.1 million households have a mortgage. Of these, more than 3.5 million are on a standard variable rate or a tracker rate. These are the people who would be most affected, as their monthly payments would increase.

The relatively small rise will not be particularly painful for the vast majority of householders, although debt charities say that some squeezed families will find this extra burden a real challenge. Those on such variable rates tend to be older, and with relatively small outstanding mortgage balances.

The average outstanding balance is £112,000. For somebody with 20 years left on this mortgage, the monthly bill rise by about £14 a month. For those with a larger balance, then clearly the rise in the mortgage bill will be greater.

The vast majority of new mortgage loans – 96% – are on fixed interest rates, typically for two or five years. Currently half of all outstanding loans are on fixed rates, equating to about 4.7 million households.

Some of these rates are expected to rise after the latest announcement. Of course, none of these borrowers would see an immediate rise.

However, when such borrowers reach the end of their term, they may find they have to make higher monthly payments. That said, they could – depending on when they took out their loan – end up on a cheaper deal. Lenders offering fixed rates tend to be especially competitive.

Some rates may rise on other types of borrowing such as personal loans and credit cards. Should they rise, that would have relatively little impact on a credit card interest rate that is generally about 18%.

When base rates rise, so do savings rates, in theory.

But it depends on the extent to which banks and building societies want to increase their deposits. So after November’s rate increase, banks were slow to pass on any rise to savers, or they typically passed on a fraction of the full increase. In fact, half of all savings accounts did not move at all after the last Bank rate rise in November. Commentators say savers could probably expect something similar this time. 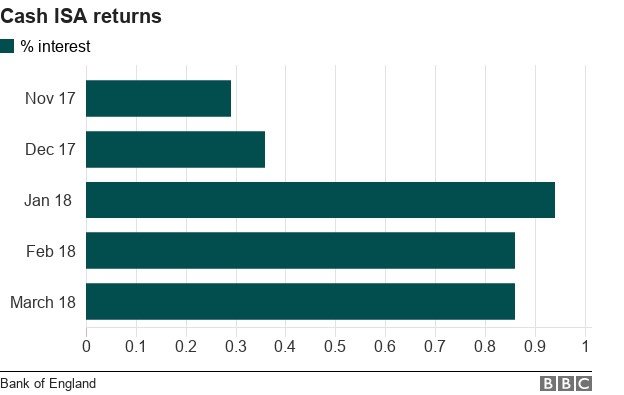 According to the Bank of England, returns on longer-term cash Individual Savings Accounts (ISA’s) were little changed in December. Yet they jumped significantly in January, with average returns on cash ISAs going up from 0.36% to 0.94%. In February and March they held steady at 0.86%, before falling subsequently to 0.63% by the end of June.

Any rate rise might also good for retirees buying an annuity – a financial product that provides an income for life. Annuity rates follow the yields – or interest rates – on long-dated government bonds, otherwise known as gilts.

These yields could be expected to rise amid an environment of rising interest rates, giving retirees better value for money when they buy an annuity. Back in November 2011, a 65-year-old buying a joint annuity for £100,000 would have got an annual income of £5,404. Last year, that had dropped by £1,318 to £4,086.

However, by now this has risen to about £4,670. Depending on how the market views the likelihood of further base rate rises, annuity rates may continue to creep up. According to Willliam Burrows, of Better Retirement, a 1% rise in gilt yields translates into an 8% rise in annuity rates – but this remains a long-term consideration.

“Annuity rates have been in the doldrums since the EU referendum in 2016, when gilt yields fell dramatically. Any increase in the bank rate should result in higher gilt yields, which will in turn lead to higher annuities,” he said. “However, don’t hold your breath waiting for annuity rates to rise, because it is normally a slow process.”